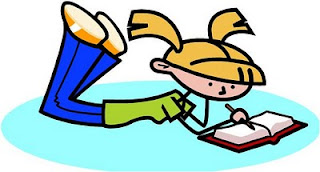 Many writers have gained inspiration from people they know or have met. The reason behind this is that characters are never more effective and more lifelike as those that are actually based on real people. In the past this was not a problem because even if the real individuals did not like how they were portrayed, there was little they could do about it. However, now you hear about various ongoing lawsuits brought before the courts purely and simply because the claimants felt their portrayal was less than flattering.

Today I bring you a little guest post about how to gain inspiration for your characters by using family, friends and co-workers. Maybe these tricks will help inspire you as well as keep those you care about (or don't like so much) from getting upset.

Creating Characters Based on Real Life:

One of the most common problems associated with the development of characters in any give story, novel or screenplay is that they are flat and do not have any life to them. This does not make characters believable in the slightest. However, by drawing inspiration from elsewhere, you can avoid this problem completely. The way you perceive your friends will reflect in the text and either give the narrative a warmth that cannot be found if you do not really care about these characters. Similarly, your enemies are your enemies for a reason, and the way you perceive them in real life will translate itself onto the page. This will ensure your tale is gripping from start to finish and your characters are infinitely believable!

The following steps represent ideas you can take to effectively use your friends, family and enemies in your books, as such, without actually earning yourself a lawsuit!

1. Brainstorm your characters in advance. Brainstorming your characters will enable you to make them individuals and also cut out certain personality traits of the individuals they are based on. If you only use the real life subjects as a basis then this should not be too much of a problem. Select the basic traits you wish to use in a character and add to them with other traits and a quick text expansion on how you will use them. Small things like altering the age and gender of the character in question will also help disguise the fact that you are using friends, family and enemies as guidelines for your characters. These simple touches can infinitely help to protect you so use them to their fullest extent.

2. Do not choose names that are even remotely related to the names of the real life subjects you are using. This is a common problem encountered by authors because they neglect to distinguish the characters from their real life counterparts in name! If you think about it, this one stupid mistake can cost you a lot. Instead of turning your Aunt Molly into Aunt Polly, make her your mother's best friend Claire. This may sound ridiculous to a deep thinking author because you would still be able to tell who that character is based on, but to the outsider looking in, it will not be so obvious and may well be missed by those that matter!

3. Try combining character traits of individuals you know. Taking your best friend and your sister and combining elements of their characters will make a distinct separation between them in real life and on paper. The two individuals you choose do not need to be similar in terms of personality and looks, but combining the two will make a believable character that does not directly resemble either, thus allowing you to get away with it! Combining two enemies is just as effective and may actually make that character seem worse on paper as well, thus enhancing the character.

4. Look into your past and draw on people you used to know. This is an easy option. People you used to know but are no longer in contact with you probably would not draw the distinction between themselves and your narrative as long as you do not draw on common situations you have experienced. This is a tell tale sign and should be avoided.

5. Ask permission if the character is overtly and obviously a member of your family or circle of friends. If you do need to represent a character so he or she resembles a friend or family member accurately then be sure to ask permission. It may also be necessary for the person to sign something, but this would come after the next step.

6. Ask the people you have based characters on to read your first draft. If you do this then you have their consent to publish if and when you get a deal, so long as they do not voice objections to anything written about the character based on them. After they give you their consent to represent them in such a way, get them to sign a waiver just in case they do change their mind at a later date. Adhering to all of the above will get you to this stage, but then make sure you are fully protected in case of future changes of heart!

Popular posts from this blog

The Multiplied Benefits of Journaling

October 01, 2017
Do you keep or have you kept a journal or diary? If so, you probably already know some of the benefits of journaling because you've experienced them. You know that your journal helps you make sense of the senseless side of your life. A journal can be an emotional lifesaver when you go through a hard time. But did you know that scientists believe journaling can even keep you physically healthy?

The release of pent-up emotions you pour into your journal every day actually helps reduce the symptoms of arthritis and asthma, and strengthens your immune system. This really makes sense if you consider that much illness is exacerbated by stress, and a journal is one of the best stress reducers out there.

Journaling gives you a record of your emotional growth like no other. While it can be useful at times to be able to look back and see just when your neighbor moved in or when you started suffering from headaches, the intangible changes in you can be even more fascinating to look back ove…
4 comments
Read more

Believe In Yourself: Jump In and Start

The topic is Creating Your Author Platform. Why is this important, and what is a platform anyway? It is your visibility as an author, your life support. The wider your reach, the more readers you connect with, the more books you can sell. What you do with your platform speaks about you as an author (in an authentic way) as you try to reach your target audience. It's all about connecting with people -- on a real level. It's not about shouting, "Buy my books" all over the place.

VS Grenier plans to dig in deep on you can build your platform from the ground up or from where you are right now. Questions will be answered from callers as well throughout the show. Call in during the live broadcast at 714-242-5259.

Learn more about the host at http://vsgrenier.com
For more information about our shows visit http://michiganavenuemedia.com
Post a Comment
Read more