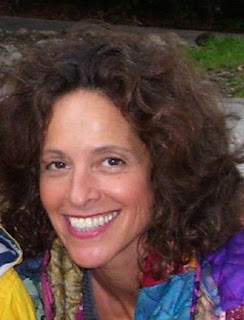 Nicole Borgenicht is a children's fiction writer. Her most recent books, The Bridge and The Kids of Dandelion Township. Some of Nicole's other kid's stories have appeared in The Los Angeles Times Kid's Reading Room section, Stories for Children Magazine and LadyBug Flights Magazine. Additional works comprise poetry and essays, short stories, one act plays or articles in magazines such as Arts and Entertainment Skyline and American Fitness.


VS: Nicole, it is a real pleasure to have you here today. I have known you for sometime and have followed your writing career, but I never knew what inspired you to start writing. Can you share your inspiration to begin down this writing path?
Nicole: I became a professional writer when I was inspired by two factors. One is the idea of children being homeless in America and the other is the fact that there was at that time a big outbreak of teen violence. So I sold a research paper about homelessness. Then I was published in the United Nations International Newsletter with my article on children in the United States working for peace through Unicef and creative events to include: theatre, art and dance.
VS: You are currently touring your recently released children's chapter book, The Kids of Dandelion Township with a World of Ink Tour. Can you share a bit about your book with us?
Nicole: The Kids of Dandelion Township is a story about three friends who live in a magical world, however they face many of the challenges all children must tackle. From emotional sensitivities, to crushes and trying to get good grades, the kids are part of a circle of friends who discover their differences and similarities together. The emphasis on this story is to enjoy youth while reaching for your goals.
VS: What a great message for kids. Now you have written many different things and genres of writing, which makes me wonder what you enjoy most when you sit down write. I ask this because nonfiction is different form fiction, which is different from poetry or script writing. Can you share what part of the writing process you find more enjoyable?
Nicole: I like inventing characters and stories. It frees me up to e creative and say what is in my heart without having to spell it out!
VS: Then what would you say is the most difficult part of the writing process for you. Mine is finishing with revising so my manuscript is ready for submission. Others tell me it is sitting down and actually starting. What about you?
Nicole: The most difficult part of writing is the same as with all things in life. Sometimes you know exactly what to say and do and it all comes out perfectly in the end. Other times, you say it wrong or you rneed to clarify, or a relationship area takes a ton of work. I like getting lucky when it's fast, but very often the revisions are a long process.
VS: I have received a lot of writing advice over the years. Some things I've heard over a million times, but find I still need to hear it. Other times, I get a new tidbit of information I never even thought of. What has been one piece of advice you'd like to share with writers and those who just love books?
Nicole: Gene Perret the Comedy Writer and Teacher always says: "Write and have fun with it!"
VS: Words we all need to live by even if we don't write for a living. Okay Nicole, I know you are like most of us who write, which means you must have some other projects planned or in the works. Can you share a little about the works in progress you have waiting for publication?
Nicole: I always have several works in progress. I am currently working on a young adult story called New York, Vermont and On and Off Broadway. This story is about kids in the country and city with similar paths and how they meet working in theatre together. However, I am also already writing some scenes for The Kids of Dandelion Township Two. The first story ends with a magical dust bowl. The second story begins with a dust bowl that seems magical at first but we learn soon it is an ominous dangerous thing!
VS: Many writers don't begin their journey down the writing path until after they have built a career in a different field, get married and have kids. What tips can you give writing parents with children at home to help them see publication?
Nicole: It only takes one editor to like your work for you to get published. Keep sending it out and make small revisions if three editors give you the same note.
VS: Can you share what do you think are the basic ingredients of a good book?
Nicole: Good books have the universality of characters and plot that touch feelings and situations people relate to, while saying it in a new and exciting or fun way.
VS: What is required for a character to be believable? How do you create yours?
Nicole: A character is believable when some of their traits simulate people we know, and that their feelings and decisions appear natural to the invented character. Like all writers, I invent characters based on an amalgamation of traits from different people to include myself, friends, family, people I know or know of and partially from the pure energy of creativity.
VS: We are told that winning awards is important as a writer. Have you won any you would like to share with us?
Nicole: I received an Honorable Mention for revising a comedy writing routine, from the writer of the book Archangel Shecky. The writer and award presenter is Emmy Award Winner Gene Perret!

VS: Thank you again, Nicole for being my guest interview this Friday. It has been a blast getting to know you better through your World of Ink Tour and  this interview. 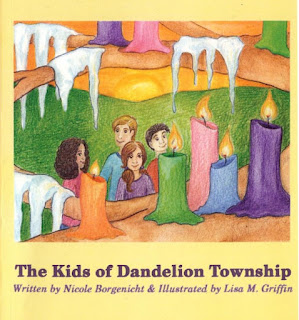 Get a sneak peek of the book at http://youtu.be/rK3ChBjL5H0
You can find out more about Nicole Borgenicht’s World of Ink Author/Book Tour at http://tinyurl.com/6we4qlj. There will be giveaways, reviews, interviews, guest posts and more. Make sure to stop by and interact with Borgenicht and the hosts at the different stops by leaving comments and/or questions.

In addition on April 9th, Blog Talk Radio’s World of Ink Network show: Stories for Children had Nicole Borgenicht as a guest. You can listen to the interview at http://blogtalkradio.com/worldofinknetwork
The Stories for Children show aired live, April 9, 2012 at 2pm EST.

Popular posts from this blog

The Multiplied Benefits of Journaling

October 01, 2017
Do you keep or have you kept a journal or diary? If so, you probably already know some of the benefits of journaling because you've experienced them. You know that your journal helps you make sense of the senseless side of your life. A journal can be an emotional lifesaver when you go through a hard time. But did you know that scientists believe journaling can even keep you physically healthy?

The release of pent-up emotions you pour into your journal every day actually helps reduce the symptoms of arthritis and asthma, and strengthens your immune system. This really makes sense if you consider that much illness is exacerbated by stress, and a journal is one of the best stress reducers out there.

Journaling gives you a record of your emotional growth like no other. While it can be useful at times to be able to look back and see just when your neighbor moved in or when you started suffering from headaches, the intangible changes in you can be even more fascinating to look back ove…
3 comments
Read more

May 15, 2014
Have some fun Wednesday MAY 14 at 11 AM PST  NOON MT  1PM CST  2 PM EST when Marsha and Virginia talk with children's authors as they all celebrate writing for children.

Listen to the show at http://www.blogtalkradio.com/worldofinknetwork/2014/05/14/special-woi-show-celebrating-childrenya-authors

It's CHILDREN'S BOOK WEEK and the World of Ink Network wants to do its part by letting authors come on the show to share not only who they are, but where you can find their books. We have picture book authors to YA authors. All the books and their authors have been guest on past shows and the hosts (Virginia S Grenier and Marsha Casper Cook) wanted to share these wonders books with as we get ready for Summer Reading Fun.

Each author will have a few minutes to share about their book and where you can find it.

Guest Authors and Their Books:

Believe In Yourself: Jump In and Start